A Brief History of Mining in Romania 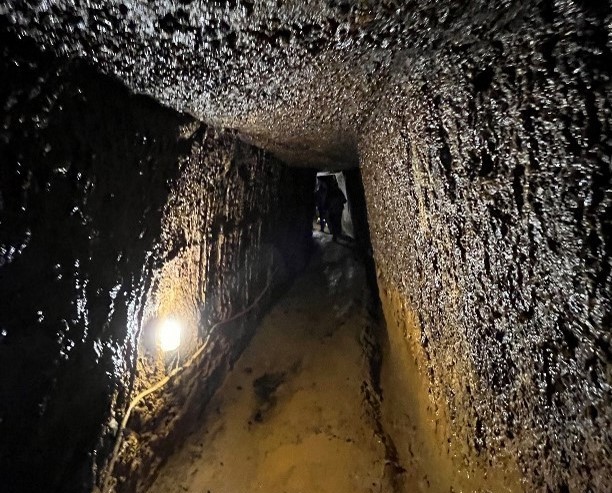 A contribution by Dr. Elena-Luisa Iatan, National Association of Professionals in Geology and Mining, Romania

Minerals and rocks stand at the foundation of human society. The International Mineralogical Association officially recognizes nearly 5,700 mineral species on the Earth. Of the 5,700 minerals, 550 occur in Romania, of which 30-35 have been discovered here.

Tellurium is responsible for putting Romania on the international chemistry map. It was the element added to the periodic table of elements after its discovery in 1783 by Franz Joseph Müller von Reichenstein (then Austrian Chief Inspector of Mines in Transylvania) at Fața Băii, a village near Zlatna, in the Metaliferi Mountains. In 1796, he sent a sample to Martin Heinrich Klaproth, a chemist in Berlin, who confirmed his findings. Klaproth named the new element in 1798 after the Latin word for Earth, “tellus”. Tellurite, an oxide of tellurium, was also discovered at Fața Băii. 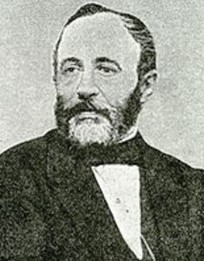 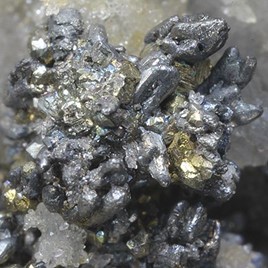 One of the most important tellurium deposits in Romania is Săcărâmb, an Au-Ag-Te deposit, where 8 minerals have first been discovered: alabandite; krennerite; krautite; museumite; muthmannite; nagyagite; petzite and stützite. Another deposit where a mineral was discovered for the first time is Baia de Arieș, known for the presence of sylvanite. The famous Roșia Montana gold deposit is known for alburnite, a mineral which was described for the first time in the Roșia Montana commune.

Other areas where new minerals have been discovered in Romania are Baia Sprie, Herja, Cavnic (in Maramureș), Ocna de Fier, Moldova Nouă (in Banat), Băița Bihor or even in Cioclovina Cave.

Romania has mining history of over 2000 years. Several mining localities in Romania exist since the Daco-Roman era. Here we mention Roșia Montana (Alburnus Maior, 106 A.D.), Bucium (Dealul Corabia), Baia de Arieș, Stănija, Almașu Mare and Zlatna (Ampelum, 158 A.D.). At Ruda, near Gura Barza, there is a gallery with chiseled steps dating from the time of the Roman occupation of Dacia. The excavation of the galleries and the extraction of the ore were done with chisel and hammer, resulting in trapezoidal galleries; on the walls, one can still observe the chisel marks. Underground illumination was done with oil lamps of red ceramic, which were later replaced by metallic oil lamps. Much closer to our time, carbide lamps appeared. In coal mines, the flame was surrounded by a wire mesh to avoid its direct contact with explosive gases. After the invention of the incandescent light bulb, electric lamps were invented, with a battery that was charged daily. 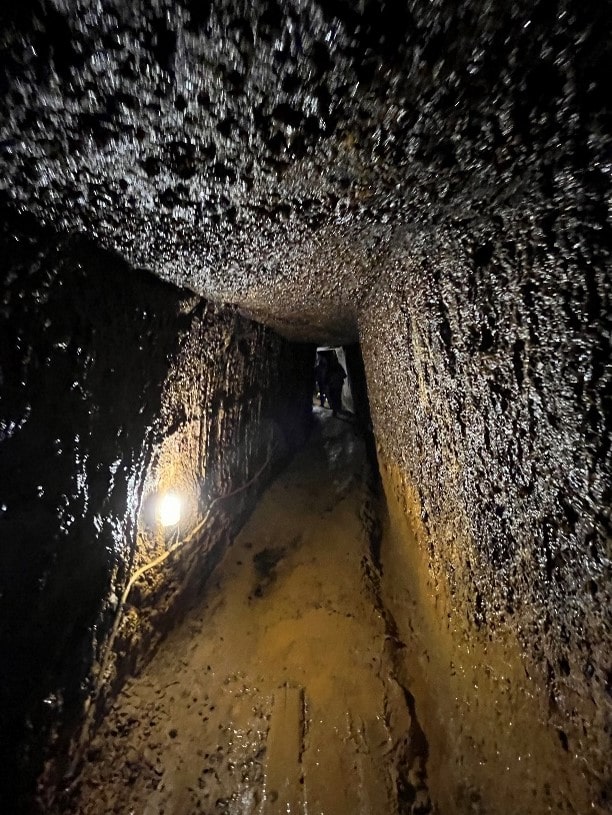 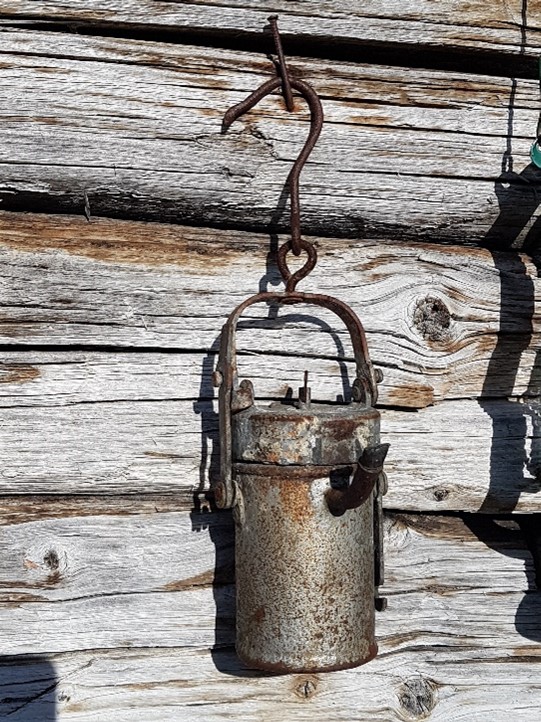 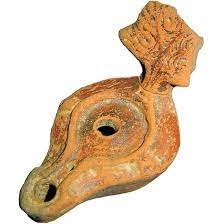 Hundreds of years ago, gold mining was done by primitive methods. Work in the mine and other activities related to extracting and processing the ore were done through manual labor. The ore was carried by wicker baskets placed on either side of a horse or even in straw baskets carried on the backs of men, and in many cases even on the backs children. Later, wheelbarrows or wooden wagons (“rânze”) were used. The miners worked in the shafts, and those who dug the ore down to the mine portal were called “rânzari”. 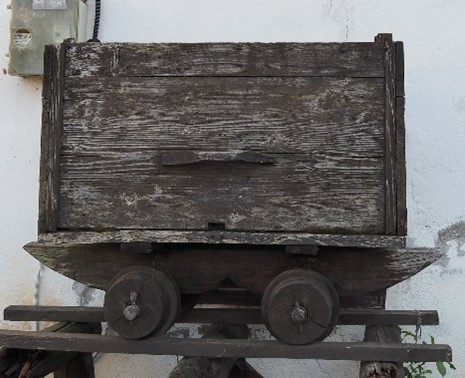 The extracted material was processed using an arrowhead wooden stamp mill. Beasts of burden transported the ore from the mine to the stamp mills. The stamp mills had between three and twelve arrows. A granite stone was attached to a metal support on the wooden pillar at the end of the arrows. Water fell on a mill wheel which set the falling arrows in motion and shattered the ore. After crushing, the ore was transported to a kind of trough by water and from there the gold was picked up by the mining pans. 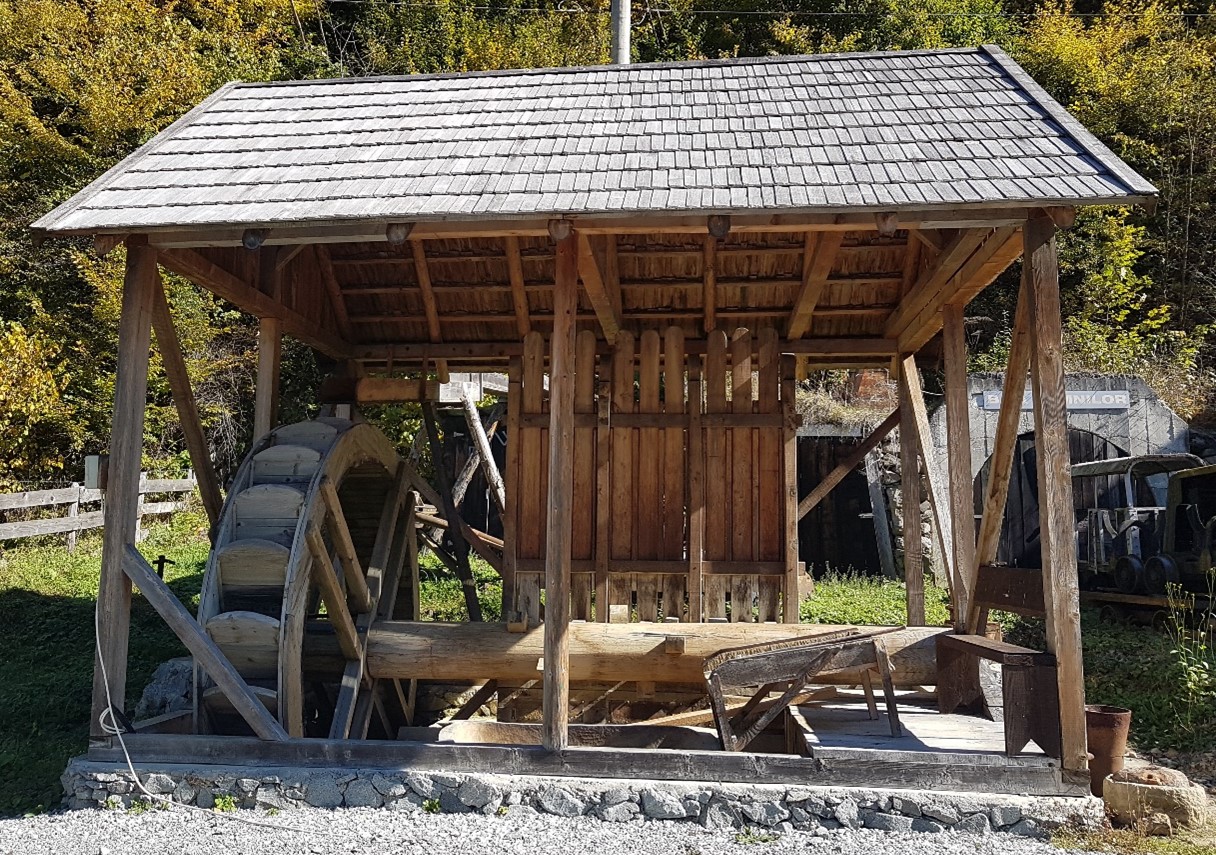 This way of extracting gold persisted until 1948 when the nationalization law closed the mines and the gold miners lost their mining rights. After nationalization, large-scale mining with metal wagons and other advanced machinery began. An extensive exploration program brought to light an impressive number of deposits. This is how large-scale mining in Romania was born. One such example is Romania’s largest copper quarry, which started in the 1970s – Roșia Poieni, where copper extraction continues to this day. Another example is the exploitation of Roșia Montană and dozens of other mines at Bucium, Zlatna, Săcărâmb, Deva, Almașu Mare, Brad, etc.

The primary responsibility of a geologist is to locate and evaluate potential mineral deposits. A geologist’s best experience is in the field, where they map and collect data and samples which are then studied in the laboratory.

If your existence is dominated by passion and adventure and if you can overcome your fear of the unknown, I warmly recommend you a GEOLOGY career! It is impossible to grow bored of studying geology as it is such a vast field. A “different” life where you go to work with delight and do everything with passion and the thirst for knowledge attracts you to the mountains and the independence that this job offers you.