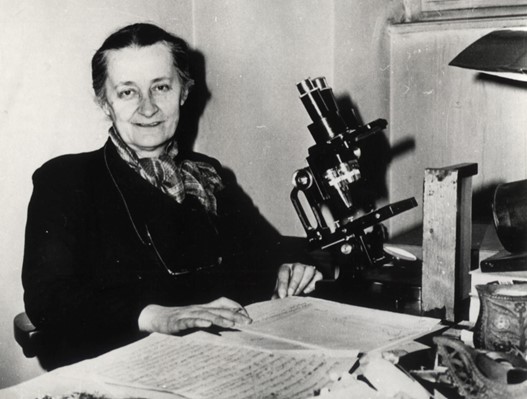 Vanda Kochansky-Dévidé was born in Zagreb, the Capital of Croatia, on April 10th, 1915. She was a geologist and paleontologist whose work on microfossils helped develop micropaleontology, which was, in her time, a new branch of paleontology in Croatia. Micropaleontology studies small fossil organisms (generally smaller than 2mm under microscope) as well as parts of larger fossil organisms, which in turn helps in determining the relative age of sedimentary deposits.

As a young girl, Vanda fell in love with nature. Her love for nature led her to study biology at the Faculty of Philosophy at the University of Zagreb. There, she had the opportunity to attend lectures held by famous Croatian naturalists, including geologists and mineralogists. Despite how rare it was for women to study at that time, especially to study geology – which was considered a male profession  – male professors still recognized her desire for knowledge and gift for drawing. After her graduation, she worked as assistant at the Department of Geology and Paleontology at the now Faculty of Science at the University of Zagreb. She later became a full professor at the university and remained in her position until retirement.

Vanda showed a great interest and love for geology and paleontology, which became her main research focus. She began her scientific work by researching Miocene mollusks and Miocene stratigraphy in northern Croatia. It is on this subject matter that she subsequently received a doctorate degree in 1943. Besides mollusks, Vanda also researched on fossil remains such as corals, algae, plants and foraminifers. Through her interest in foraminifers, Vanda stepped into the field of micropaleontology. Later becoming one of the world’s leading micropaleontologists.

Vanda once said : “We should strive not to widen the gap between science and amateur observation, which is larger in palaeontology than in other natural sciences, by removing fossils completely from the scope of nature observation, but by trying to notice fossils in the city and in nature. Because they can provide us with opportunities for many interesting discoveries.”

Vanda Kochansky-Devidé discovered various microfossils, naming some of them after her colleagues and research area (e.g. algae Herakella, Velebitella). Correspondingly, different types of fossils were named after her (e.g.  Salopekiella kochanskae Milanović 1968, Distefanella kochanskae Polšak 1968, Cylindroporella kochanskyae Radoičić 1970, Paracandona kochanskae Sokač 1972, etc.), thus acknowledging her dedication to paleontology and contribution to science. She has indeed made geology and paleontology more accessible and interesting to a large number of her students and colleagues, paving in consequence the way for many generations of female or/and male geologists and paleontologist.

Vanda Kochansky-Devidé published more than 200 papers, amongst which more than one hundred popular scientific papers, two textbooks and two manuals for her students. She received numerous awards and recognitions for her scientific work. The greatest tribute paid to Vanda was in 1973 when the Yugoslav Academy of Sciences and Arts (since 1991 Croatian Academy of Sciences and Arts) elected her as full member, making her the first woman in science to be elected to the Academy.

Vanda passed away in Zagreb on February 26th, 1991. At the time of her passing, Vanda was considered one of the favourite professors by her students. To this day, many generations of geologists and paleontologists still remember her. 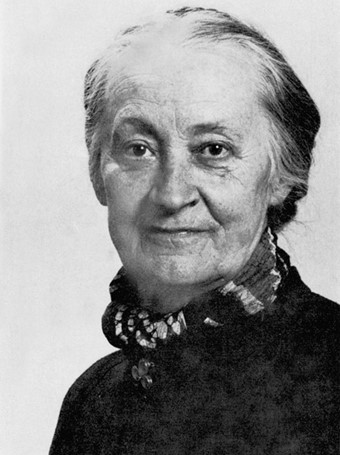