GEOSOLIDARITY WITH LA PALMA : Let’s help all the victims rebuild what they need the most 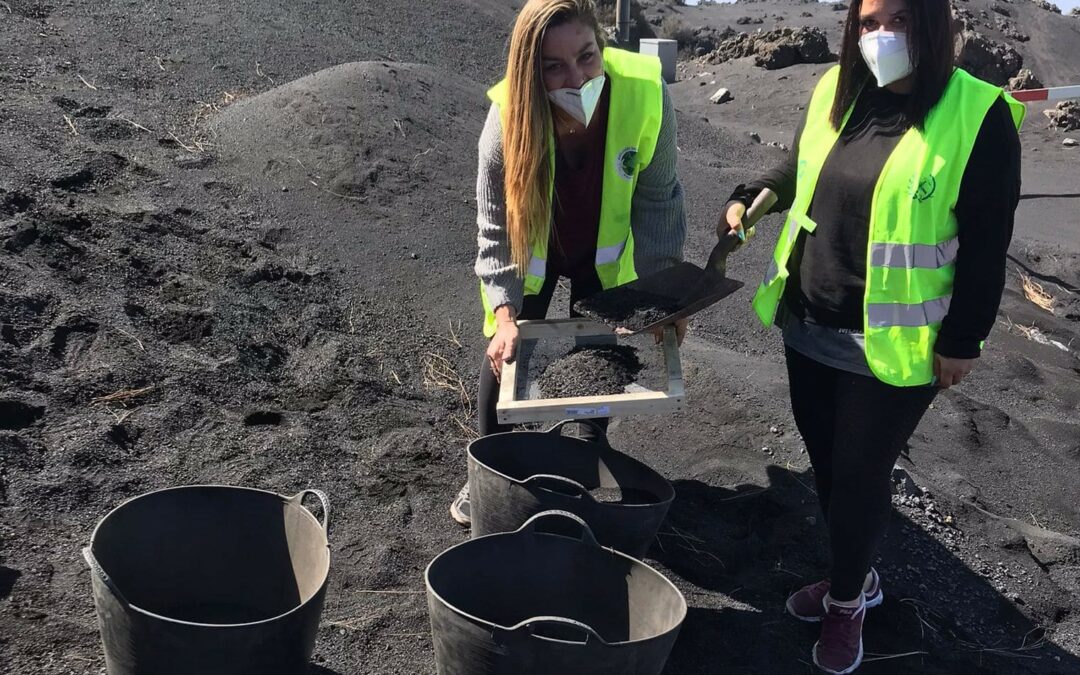 A contribution by Cristina Sapalski, ICOG and Geologos del Mundo

The eruption of the volcano Cumbre Vieja, which occurred between 19 September and 13 December 2021, caused extensive damage on the Canarian island of La Palma: more than 300 earthquakes registered in 24 hours, tons of sulphur dioxide emitted, lava reaching the sea and forming new deltas and fajanas over an area of approximately 41 ha, more than 1200 ha destroyed, including buildings, constructions, cultivation areas, and more than 7000 people displaced.

The roars of the volcano – A video produced by the NGO Geólogos Del Mundo:

As a response strategy, the NGO Geólogos Del Mundo initiated a project of solidarity with La Palma to raise funds to directly support victims and finance projects for the redevelopment of the area. It is also worth noting that those who donate 35 euro or more to the project will receive a sample of volcanic ashes and lapilli. You can find more information about the solidarity initiative at:

Geólogos Del Mundo considers children to be the most vulnerable and therefore aims to encourage young girls and boys to study earth sciences. Likewise, through the ENGIE project, in collaboration with the European Federation of Geologists, the La Palma Research Centre and other stakeholders, the NGO strives to turn the interests of girls to study geosciences. Their undertaking is particularly appropriate in these circumstances, as an accurate knowledge helps to understand the earth’s dynamic processes.A total of five classes have been given in the secondary schools of the Instituto Jose Maria Perez Pulido de los Llanos de Aridane and El Paso while two classes have been given in the Intituto Los llanos de Aridane. Pupils have attended these classes with great enthusiasm and field trips have also been organised to make teaching sessions more tangible. Furthermore, these activities have succeeded thanks to the collaboration between the La Palma Research Center and the ENGIE project.

Through its project Geosolidarios La Palma, Geólogos Del Mundo endeavours to help disadvantaged children. In this respect, donations will be given to those affected through the Association of parents and the academic establishments’ principals. We call upon to the sensitivity of all the people who are willing to help with the solidarity project, so that the children of La Palma can have a better understanding of earth’s dynamics. Moreover, giving your support to the project will help contribute to circular economy as volcanic residues will not only generate donations, but also fertile land and useful construction materials.

La Palma is counting on you