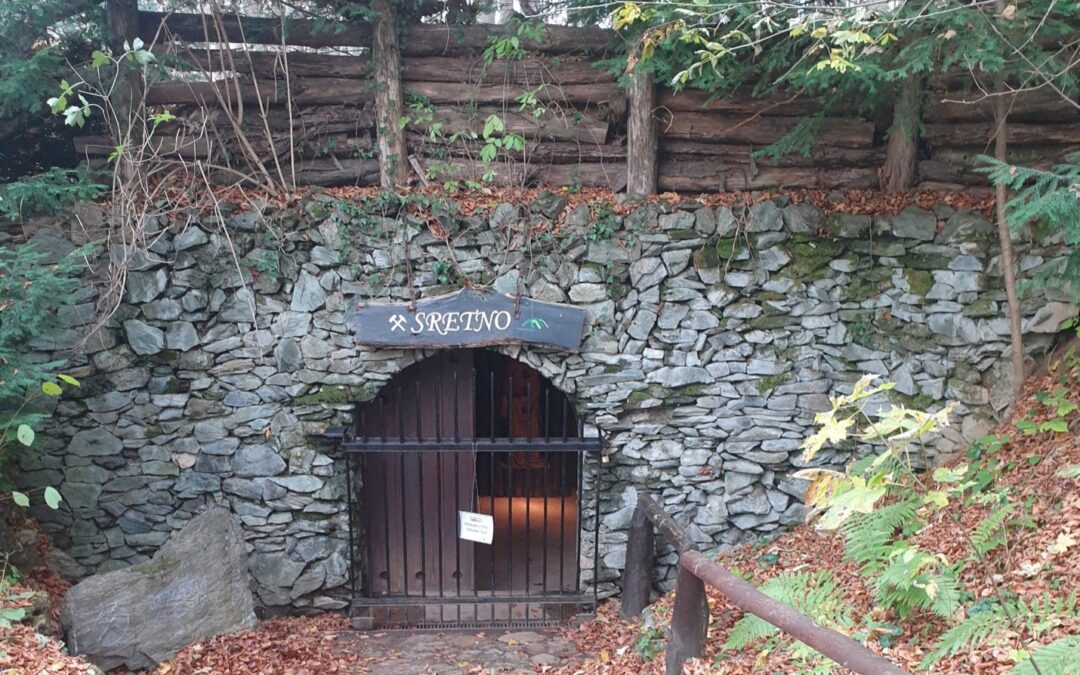 Croatia’s capital Zagreb is situated on the slopes of Medvednica Mountain, a beautiful nature park that hides many treasures. One of those treasures is Zrinski mine, today open as a touristic attraction. Zrinski mine is located near the Grafičar mountain lodge in an area called the Mining Garden. In this old abandoned mine, galena has been mined since the 16th century. Galena, also called lead glance, a lead sulphide, is the most important lead ore. This mineral regularly contains silver impurities and is often mined as silver ore, and for this purpose, it was also mined in the Zrinski mine. 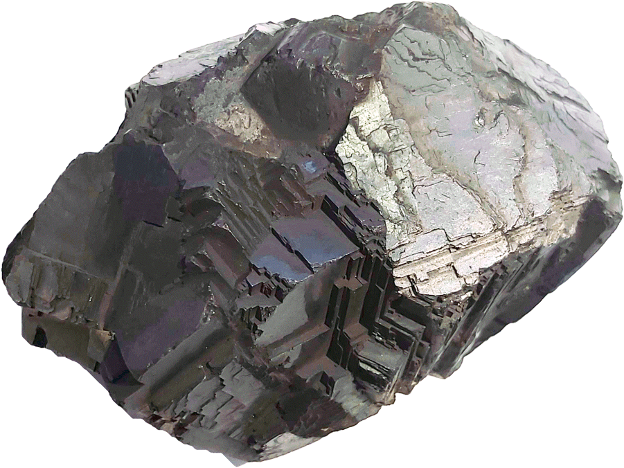 At the entrance to the mine there is a plaque with the inscription “SRETNO” (“good luck“ in Croatian). Namely, the miners used to greet each other with “good luck” before going down into the pit, with the desire to avoid many dangers to which they were exposed underground. Although the progress of mechanization and excavation methods significantly increased the safety of work in the mines, “good luck” has remained a traditional greeting of miners in many mines around the world. 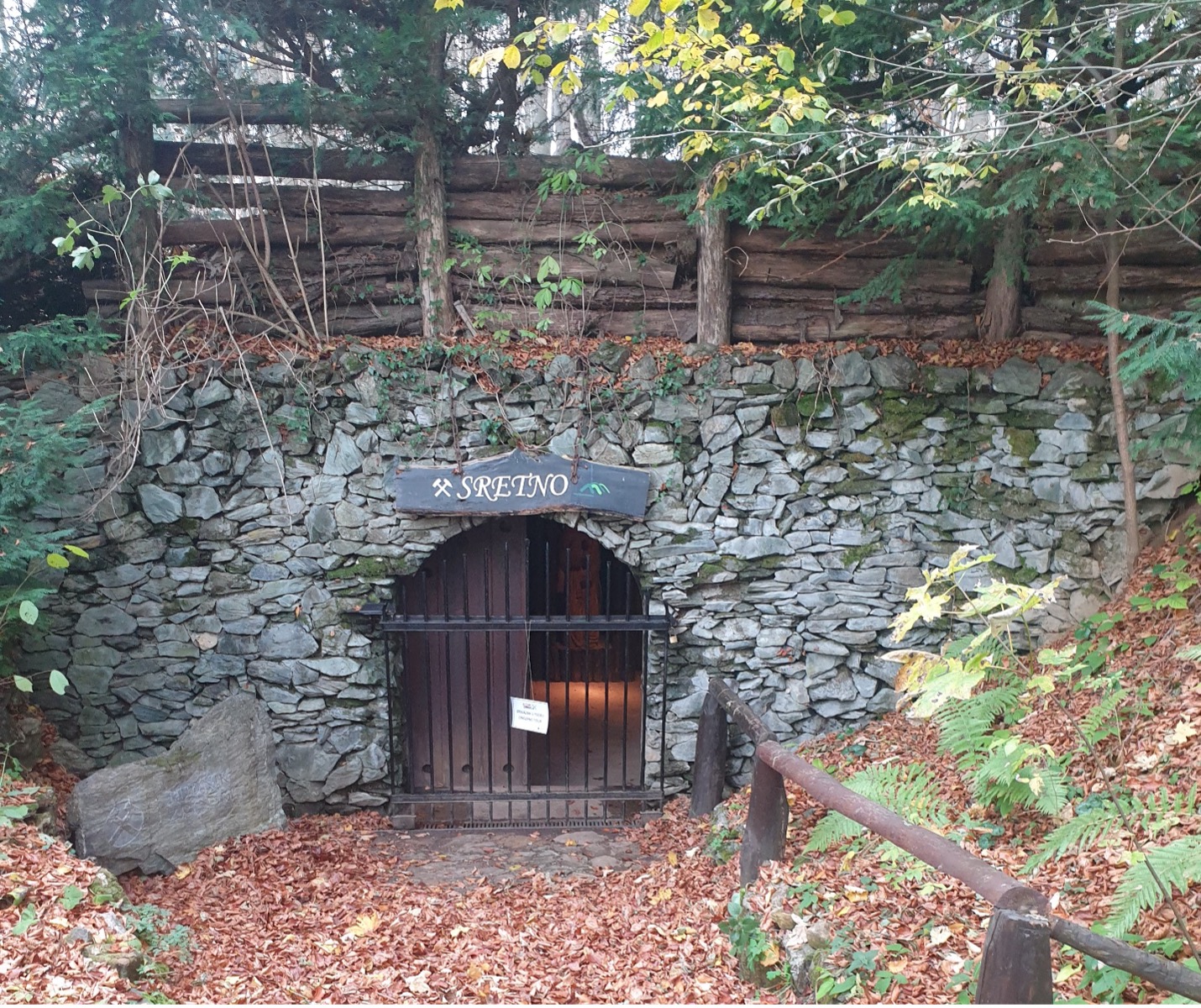 The entrance to the Zrinski mine

Besides the statue of St. Barbara, an early Christian martyr, protector of miners and other dangerous occupations, illustrations depicting exploration and mining from Agricola’s masterpiece De Re Metallica are also found at the entrance of the mine. One illustration shows the field prospecting, which began by searching for an ore vein with a dowsing rod. The dowsers were walking in the field, looking for an ore vein, and when they found it, the mining of ore began. This method may seem strange, but one should keep in mind that mining in the Zrinski mine began as early as 1527, when Nikola III Zrinski gave the citizens of Zagreb the right to mine on the Medvednica Mt.

Along with the illustrations, there are traditional mining tools – cramps and hammers of various sizes which miners used to extract large quantities of ore; it was necessary to dig a ton of galena to get only half a kilogram of silver.

Going down the wooden stairs that are installed in the old shaft, visitors enter the underground part of the mine where the map of the adits (mining tunnels) is exhibited. All adits have female names, and today their total length is about 150 meters. Unfortunately, some of them have collapsed and the tourist tour takes place through the three remaining adits. Next to the map of the adits stands a statue of a Bergmeister – the mine manager who oversaw the miners’ work.

Going further into the mine, one can see the collapsed adit Ingrid where wooden support didn’t uphold the rocks in the mine ceiling. In the Zrinski mine, galena is found in the form of veins and lenses, mostly within dolomite, calcium magnesium carbonate, which is prone to fracturing and dissolution, resulting in a drastic decrease of its mechanical properties. 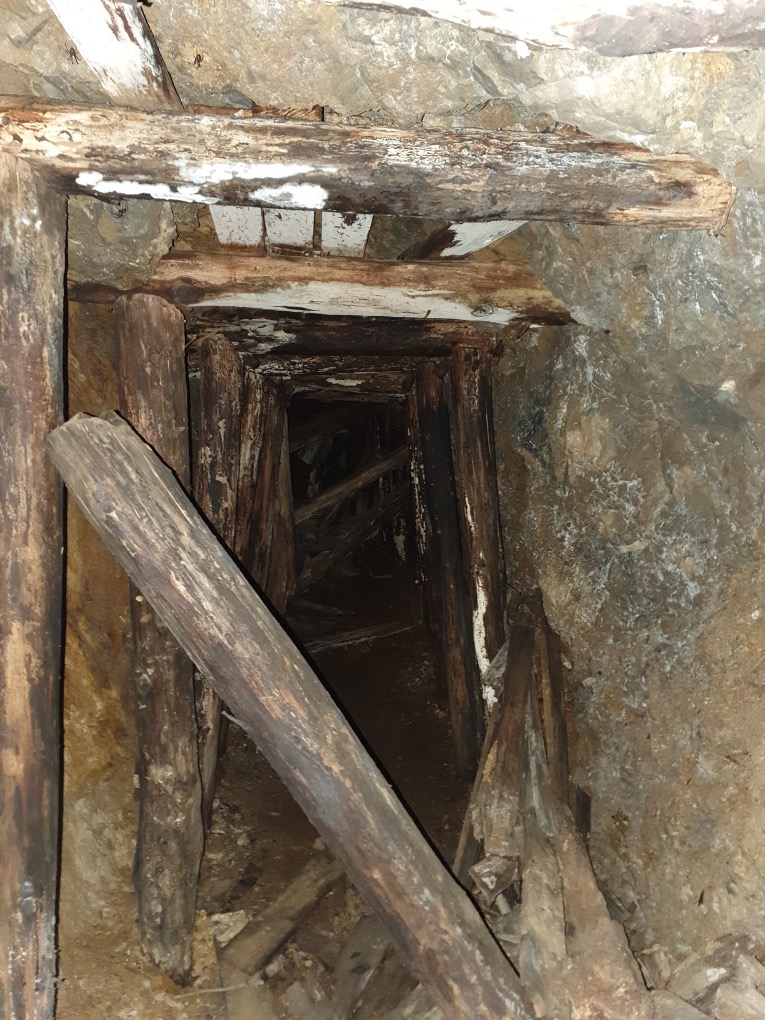 The adits of the mine Zrinski are very narrow and low, not because people in medieval times were shorter than us as recent studies suggest that they were of similar height as we are today, but because the miners were always bent while digging the ore. In one of the remaining adits, there is a statue depicting a miner breaking the rock with a hammer. 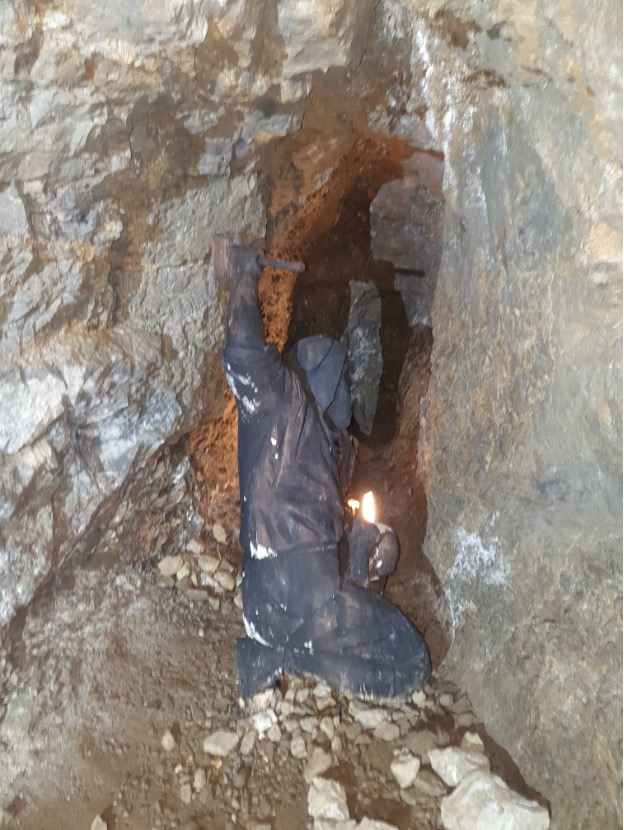 A statue of a miner at work

Going towards the exit of the mine, the visitors can see the statue of a miner transporting the ore with a special wooden wheelbarrow. Also, the visitors can hear the conversation of Bergmeister and miners in the adit which ends with a vertical shaft connecting the adit with the surface, enabling the transport of the ore using pullies.

The exit of the mine Zrinski has vertical bars, enabling the entrance of bats. Namely, the average year temperature in the mine is around 10˚C, which is warm enough for bats’ hibernation.

The mine exits into the interesting part of the Mining Garden, where entrances of other old collapsed adits can be seen. Also, the galena mineral is exposed by the exit, while it is not exposed anywhere else within the mine. 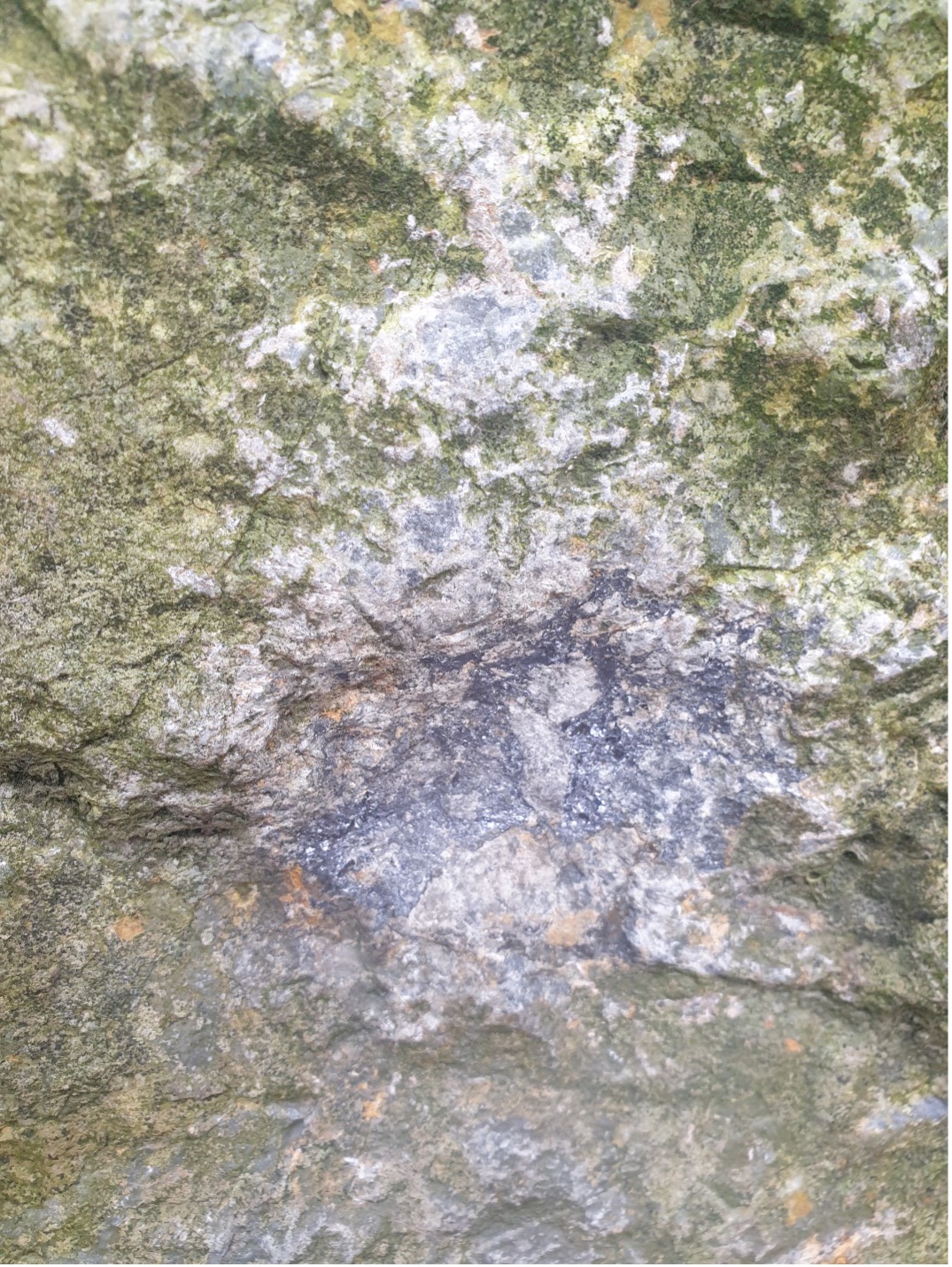 Galena within the dolomite at the exit of the Zrinski mine

In conclusion, the Zrinski mine is an interesting stop point for hikers and trekkers and an indispensable location for those who are interested in the history of Zagreb or the geology of Medvednica Mt.

For further information, we invite you to join us on a virtual fieldtrip to the mine:

This article has been published in the December 2021 edition of the ENGIE Magazine.